Unfairly dismissed from your job? Seeking unpaid wages? For the last few years, if you wanted your case heard at an employment tribunal in the UK, you had to pay up front. For unfair dismissal, the fees amounted to £1,200, and for unpaid wages £390.

Introduced in 2013, the fees were designed to ensure that “users” of the system were the ones who funded it. The other justifications were to incentivise early settlements, and to deter weak or vexatious claims.

Underlying all these motivations was a concern that too many cases were being brought. And in that sense, the fees sort of worked.

That was mainly because the high level of fees (for workers who hadn’t been paid or had lost their job) compared unfavourably with the low level of sums awarded. A survey in 2013 found the median award for claims for unpaid wages was only £900. Put simply, it just wasn’t worth it.

So it was unsurprising that the introduction of tribunal fees caused, according to the government’s own review, “a sharp, substantial and sustained fall” (about 70%) in employer pay outs. This included about 8,000 claimants annually who, according to research, could not afford the fee.

Employment judges then noticed that what had been very common claims for small amounts of money (wages, redundancy payments or notice pay) had turned into exotic rarities.

Yet fees had no effect in deterring weak or unmeritorious claims. Official tribunal statistics showed the success rate for claims declined rather than increased. Fees, in other words, deterred low-income, economically rational claimants and not, as claimed by Mathew Hancock MP, those troublesome claimants who clogged up the tribunal system “like Japanese knotweed”.

Now, four years after fees were introduced, a seven-person Supreme Court has ruled them to be unlawful right from the start – or in the legal Latin lingo: “void ab initio”. Described by one commentator as “the biggest single victory in the history of employment law”, the judgement has radical implications for access to justice in all spheres – not just employment tribunals. 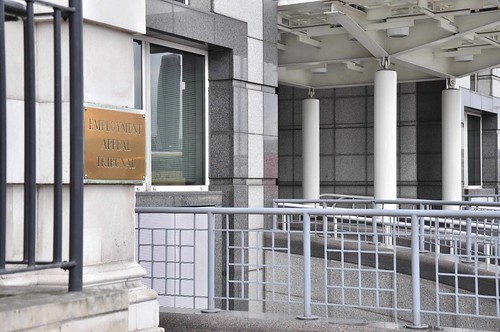 The case was an unqualified triumph for the trade union UNISON who, supported by the Equality and Human Rights Commission (EHRC), brought the judicial review proceedings. With immediate effect after the Supreme Court judgement on July 26, employment tribunals began issuing notices informing claimants that they no longer had to pay a fee.

For the government, which faces an estimated £32m bill to repay fees that claimants have already paid, the case was a disaster.

The outcome of the case was principally based on domestic law, not EU law or the European Convention on Human Rights. Drawing on sources beginning with Magna Carta in 1215, Lord Reed sketched out everyone’s right of “unimpeded access to the courts” under the common law – the source of the UK’s unwritten constitution.

In deciding that tribunal fees infringed this right, Lord Reed drew on a wide range of empirical evidence, including the dramatic fall in the number of claims, the fact that around 8,000 potential claimants each year said they could not afford to proceed, and how hypothetical claimants would, after paying fees, have less income than the Joseph Rowntree Foundation considers necessary for acceptable living standards.

Lord Reed also considered that an economically rational claimant would not pay a fee of £390 to pursue a claim worth, say, £500 unless she was virtually certain of winning and recovering the award and fee in full.

For good measure, the judge declared that the government had failed to consider the “elementary economics, and plain common sense” position that lower fees might have raised more money. And there was no evidence fees had incentivised earlier settlements or discouraged weak claims, contradicting the government’s aims. Most fundamentally of all, the introduction of fees had ignored the wider social benefits of tribunal claims – claims brought by individuals ensure that labour standards are respected in general.

The court recognised the fact that each citizen’s access to courts is an essential means of ensuring the legal system delivers the rights it promises. The judgement also has the virtue of setting a constitutional standard on access to justice which is unaffected by Brexit or any decision to repeal the Human Rights Act. It is likely to be much cited in future cases about access to justice, both in the UK and beyond.

With its policy in tatters, it is not clear what the government will do next. There are no current proposals to reintroduce fees. And now that they have sought to re-label themselves as the “workers’ party”, the Conservatives may have little appetite for constructing a new fees scheme that will pass muster with the Supreme Court’s judgement. The chaos of Brexit also means there is little time for anything else.

For its part, UNISON has every right to be immensely proud of fighting a case not only for its members but for workers and the wider public. Everyone benefits from social and legal rights being implemented in practice, not just in law books.

This article was originally published in The Conversation.